The Adventure Dictionary: A Non Definitive Guide To Adventure Jargon

Ever come across an adventure term that had you flummoxed? You and me both. Welcome to the Adventure Dictionary where I break down that adventure jargon so that you can use it in your daily lingo.

A Scottish mountain over 914m high so named after the man who first chartered them, Sir Hugh Munro. There are 282 in total with Ben Nevis being the tallest (1,345m).

A marker used in the re-triangulation process of Great Britain carried out by the Ordnance Survey beginning in 1936 until 1962. There are 5,500 left standing in the UK.

Essentially an empty place to shelter, often without facilities but with plenty of character.

A beautiful day out on the mountains with blue skies, warm sunshine and no wind. Basically, your first lifts last lifts kind of day.

A group of waves coming in to shore that have not been created by local winds but weather systems further afield.

A wave which breaks over a sandy seabed. The quality of the wave is less consistent because sand doesn’t stay put.

A wave which breaks over a rocky seabed. The quality of the wave is more consistent.

Surfing inside the barrel of a wave. Pretty techy stuff by the sounds of it.

Someone who climbs very tall, very isolated rocks in the ocean. Strong likelihood of high difficulty

A short and sweet outdoor experience that’s relatively cheap but still rewarding and a lot of fun. An adventure to wet your appetite. 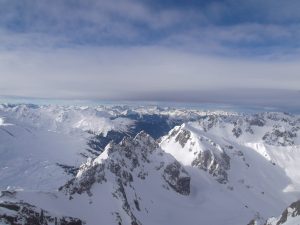 A Complete Guide To St. Anton Ski Resort | The Gateway To The Alberg 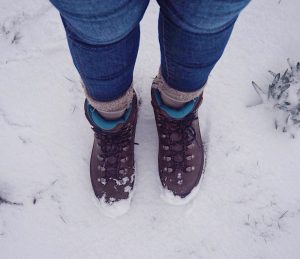 July 31, 2018
We use cookies on our website to give you the most relevant experience by remembering your preferences and repeat visits. By clicking “Accept All”, you consent to the use of ALL the cookies. However, you may visit "Cookie Settings" to provide a controlled consent.
Cookie SettingsAccept All
Manage consent

This website uses cookies to improve your experience while you navigate through the website. Out of these, the cookies that are categorized as necessary are stored on your browser as they are essential for the working of basic functionalities of the website. We also use third-party cookies that help us analyze and understand how you use this website. These cookies will be stored in your browser only with your consent. You also have the option to opt-out of these cookies. But opting out of some of these cookies may affect your browsing experience.
Necessary Always Enabled
Necessary cookies are absolutely essential for the website to function properly. These cookies ensure basic functionalities and security features of the website, anonymously.
Functional
Functional cookies help to perform certain functionalities like sharing the content of the website on social media platforms, collect feedbacks, and other third-party features.
Performance
Performance cookies are used to understand and analyze the key performance indexes of the website which helps in delivering a better user experience for the visitors.
Analytics
Analytical cookies are used to understand how visitors interact with the website. These cookies help provide information on metrics the number of visitors, bounce rate, traffic source, etc.
Advertisement
Advertisement cookies are used to provide visitors with relevant ads and marketing campaigns. These cookies track visitors across websites and collect information to provide customized ads.
Others
Other uncategorized cookies are those that are being analyzed and have not been classified into a category as yet.
SAVE & ACCEPT